Allotment anniversary: our allotment journey and advice for beginners 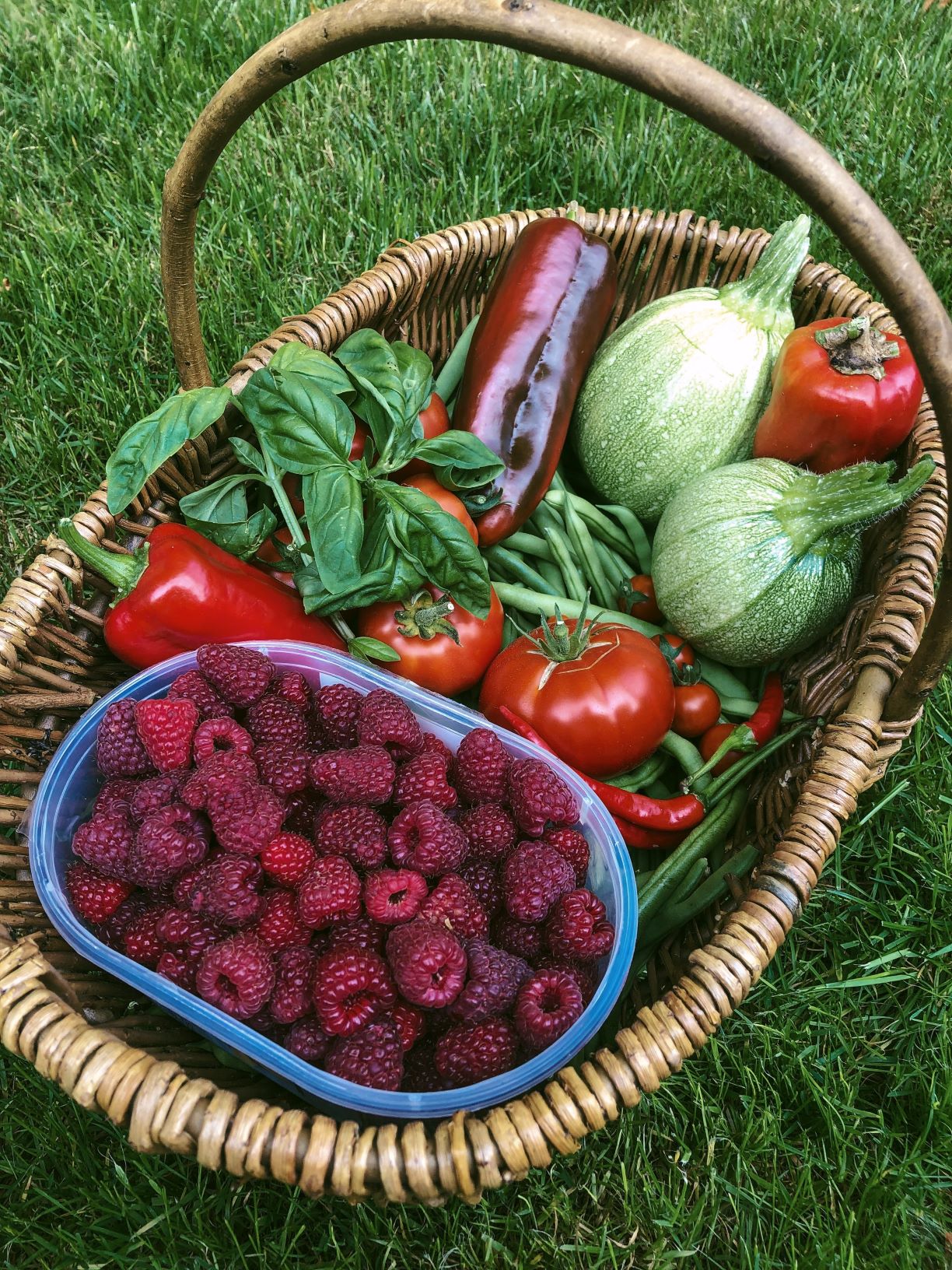 Last week marked our two year allotment anniversary. This got me thinking of how far we have come in those two years and made me want to share the highs and lows with you. I also feel like we have learned so much since then, so hopefully this post can help you understand what to expect when taking on a new allotment. Of course, everyone has differing experiences when starting a new allotment or kitchen garden, so do not let the account of our more challenging times deter you.

Last week marks two years since we got our first allotment. In the first year we had to buy many seedlings and were given surplus by some fellow allotmenteers. Because of the time of year we started, it felt like we were constantly playing catch up with everything. Between the generosity of other allotmenteers and a bit of beginners luck, we had quite a good first season. We made no structural or layout changes to the plot which meant our main battle that year was bindweed and couch grass.

This plot also came with some raspberries, redcurrants, blackcurrants, strawberries and rhubarb which helped to boost our harvests. That year we did particularly well with our tomatoes, which gave us a bumper crop from just 7 plants. Our neighbour kindly gave us one of his Crown Prince squash plants, from which he told us to expect 2-3 squashes. However, this plant went completely crazy and we were lucky to harvest 5 large squashes. The success of the tomatoes and the squash definitely felt like beginners luck.

Later that year we were given a second half plot. This new plot was in a much better condition and was easy to prepare for the following growing season. I planted some strawberry runners because the strawberry patch on the old plot needed refreshing. We also planted some autumn raspberry canes in the new half plot because they fruit over a longer period than the summer fruiting ones we had on the first plot.

In March last year, we were given a new full size plot right next to our newer half plot, and gave up the original half plot which we worked so hard on the previous year. This new plot looked bad on the surface, particularly the back half. For this reason, and given the time of year we started, we decided only to dig over the front half of the plot to use that year. Whilst we would have loved to have done no-dig, I was desperate to use the space because I’d already planned and started sowing to fill a full plot that year. Compost was prohibitively expensive and covering it for a year was out of the question.

Once again, last year I felt like I was constantly a step behind everyone else. I was digging the plot over while everyone else was putting up their plant supports. I was erecting my plant supports while everyone else had already planted everything out. My tomatoes in the greenhouses stayed in pots because we just did not have the time to build beds. Some plants I just never got around to sowing, and some I sowed but never planted out.

Last year we were able to have a much greater range of vegetables. It was my first time growing beans, carrots, peas and potatoes. We grew Crown Prince squashes again and averaged a yield of 2.5 squashes per plant (the first year must have been beginners luck!). Our outdoor tomatoes ran wild like the previous year because I failed to keep on top of pruning them. Because of a cooler summer last year, they were much slower to ripen. In fact, we were hit by blight at the start of September and had a poor tomato crop last year. It made me look back and think how lucky we had been with our tomatoes in the first year.

So you’d think with lots of careful planning and the experience of two growing seasons under our belt, we’d be on top of everything, right? Wrong! Unfortunately when you take on an allotment it really is pot luck with what you are getting. Some people inherit a plot that has been well maintained right up until they take it on. Others take on a plot that may have been unoccupied for years.

What looked bad on the surface of the back plot was even worse underneath. It turns out that a previous tenant had this plot for decades and quite literally used it as a tip. Lots of smashed glass, old carpet, bottles and all sorts of rubbish were piled in a heap at the back of the plot and also dug into (yes, really!) the ground. We have taken multiple buckets (the large, flexi type) of smashed glass home to dispose of. We really hadn’t quite realised what we’d signed up to when taking on this back plot. I am extremely thankful that I have a partner that loves to dig because we unexpectedly had to dig over the whole of the back plot to remove the rubbish.

I was hoping to hit the ground running this year. In reality it’s been a last minute scramble trying to get the back plot prepared. Lots of unexpected jobs have been thrown at us while we were also trying to maintain the other plots. I have learned that each time you take on more growing space, it takes longer to clear the new space because you still have to spend a lot of time maintaining the growing space you already have. Don’t expect to clear a second plot as quickly as you managed to clear your first plot. Maintaining this amount of space is a lot of work before you even think about clearing more space and making structural/layout changes.

A word for beginners

I feel like when you first start with a new allotment or kitchen garden you are constantly playing catch up. You have a plan for the following month’s tasks, but many jobs take much longer than anticipated. Combine this with the unpredictable weather we’ve been experiencing and I feel that many people (particularly beginners) are going to feel like they are behind where they should be and potentially starting to feel a little overwhelmed.

Starting a new garden or allotment takes a lot of hard work. It can be tempting to compare yourself to others on Instagram and other social media, but try to avoid doing this. Gardening is a journey, and everyone is at a different stage in their journey. Do not feel disheartened if you feel like you are behind everyone else. They may have had their plot/garden established for years, or may have taken on a plot that needs a lot less work than yours. They also may be working with a different budget to you and be able to bulk buy compost or outsource some of the work to professionals (maybe not on an allotment but many do for their own garden). Use Instagram for inspiration rather than comparison for your garden.

Every year is going to be different. The weather has a huge influence on your crops and this year has been a particularly challenging one so far. If you have crop failures, take it on the chin and learn from it. Accept that one year you might have a fantastic crop of something and the following year it could fail. This is no reason to give up, and hopefully in time with more experience you will triumph more. Growing your own food is so rewarding and I’d highly encourage someone to persist at it and learn from their experiences. Just remember to do what you can with the time, money and resources that you have and that everyone’s situation is different.

Author: Katie
Filed Under: Grow Your Own
Tags: allotment, gardening, Grow your own, kitchen garden
Heritage fruit and vegetables: Varieties I am most excited to grow this year
June gardening jobs: plant maintenance, harvesting and dealing with a glut