How to choose which varieties of potatoes to grow 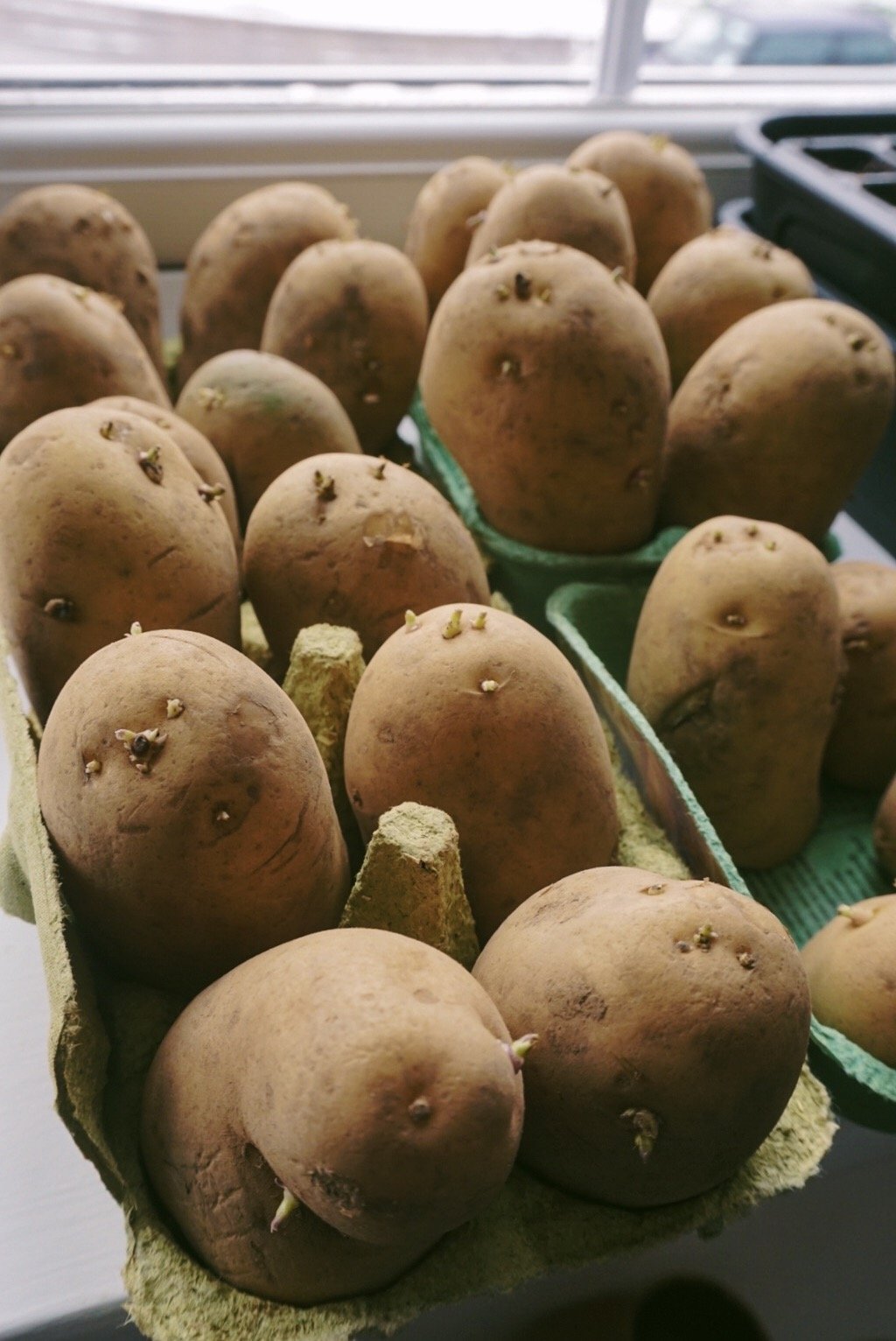 Potatoes are often one of the first crops people grow. They are notoriously low maintenance and everybody loves them. However, after my first season growing potatoes, I already feel like I am going into this year far more knowledgeable of what I’m looking for when it comes to choosing which varieties to grow. Last season, I found it quite daunting knowing which varieties to choose. I went into a local shop and asked the owner for what he thought were the tastiest spuds. I came out feeling rather smug with four varieties; three of which were second earlies and the fourth was an early maincrop.

When it comes to potatoes, you have three categories; first earlies, second earlies and maincrop. They all take up a different amount of space, and are harvested at different times. Let me explain each type to you in a little more detail:

As the name suggests, these are the fastest maturing varieties. They yield smaller harvests and are usually ready around June. First earlies take up the least amount of growing space for the shortest amount of time, meaning they are particularly great for those with smaller growing spaces. There are endless other crops you could put in the ground after harvesting first earlies, so they really are great at helping you to maximise your growing space. First earlies are also far less susceptible to blight (see below) as they are harvested early in the season. They are very often salad types of potato. This year I am only growing a handful of first early potatoes to tide me over until my second earlies are ready.

These are usually ready around a month after first earlies. These tend to include more varieties suitable for different uses. They need a little bit more room than the first earlies and you can still get a different crop in after; however, the options for succession sowing are slightly narrower. Second earlies are more likely to be affected by blight, but as they are harvested quite early in the season it is still quite unlikely. Second earlies often store reasonably well so you should be able to enjoy them that little bit longer.

These are later maturing, sometime during August or September depending on the variety. Maincrops need more room to grow than earlies, and you are much more limited on what you can plant after them, although there are still plenty of winter veg options you can grow. Maincrop potatoes are much more susceptible to blight because blight is generally much more prevalent later in the season. For this reason I tend to look for varieties that show some resistance to blight. Maincrop are best for storing, and they can often be stored until spring the following year so they make a great winter staple.

Other things to consider

Blight. Blight is an airborne fungus which can destroy your potato and tomato crops. There are two types; early blight and late blight. Early blight is less of a problem in the UK, however late blight is much more common. Blight spores can travel up to 30 miles in warm humid conditions.

Other problems that can affect your crop are scab and eelworm. Potato scab is harmless – just a bit unsightly – and is often caused the soil pH being too high. You can easily pick up soil testing kits for this. Many of my potatoes had scab last year, but we just gave them a good scrub which removed most of it. They were completely fine to eat. Eelworm is a nematode which can live in the soil for many years. If it is present in your soil then practicing crop rotation can help to minimize numbers. You can also choose potato varieties that are resistant to eelworm, so look out for those too.

The most important thing when choosing potatoes is knowing what you will use them for. There is no point in growing potatoes for chips or roasting if you will never use them for that purpose.

It is recommended to buy potatoes for growing from a seed potato supplier as these are certified disease free; however, if you really wish you can just plant potatoes you buy from the supermarket or greengrocer, particularly if there are varieties that you really love. I highly recommend picking up a catalogue from a company that sell a large range of potatoes, as it is much easier to compare all the varieties side by side to work out what’s right for you. Of course you don’t have to buy from these companies, but it can give you all the information you need so you can feel more confident when you do buy. It is definitely worth experimenting with varieties too, as everyone has their own favourites. Have a search locally for any shops that sell potatoes by weight, which will enable you to grow a small number of more varieties so you can decide which you like best.

Author: Katie
Filed Under: Grow Your Own
Tags: gardening, Grow your own, kitchen garden, Potatoes
How to start a vegetable garden
Seeds I’m Sowing In February