Lessons learned: Gardening mistakes I made in 2021 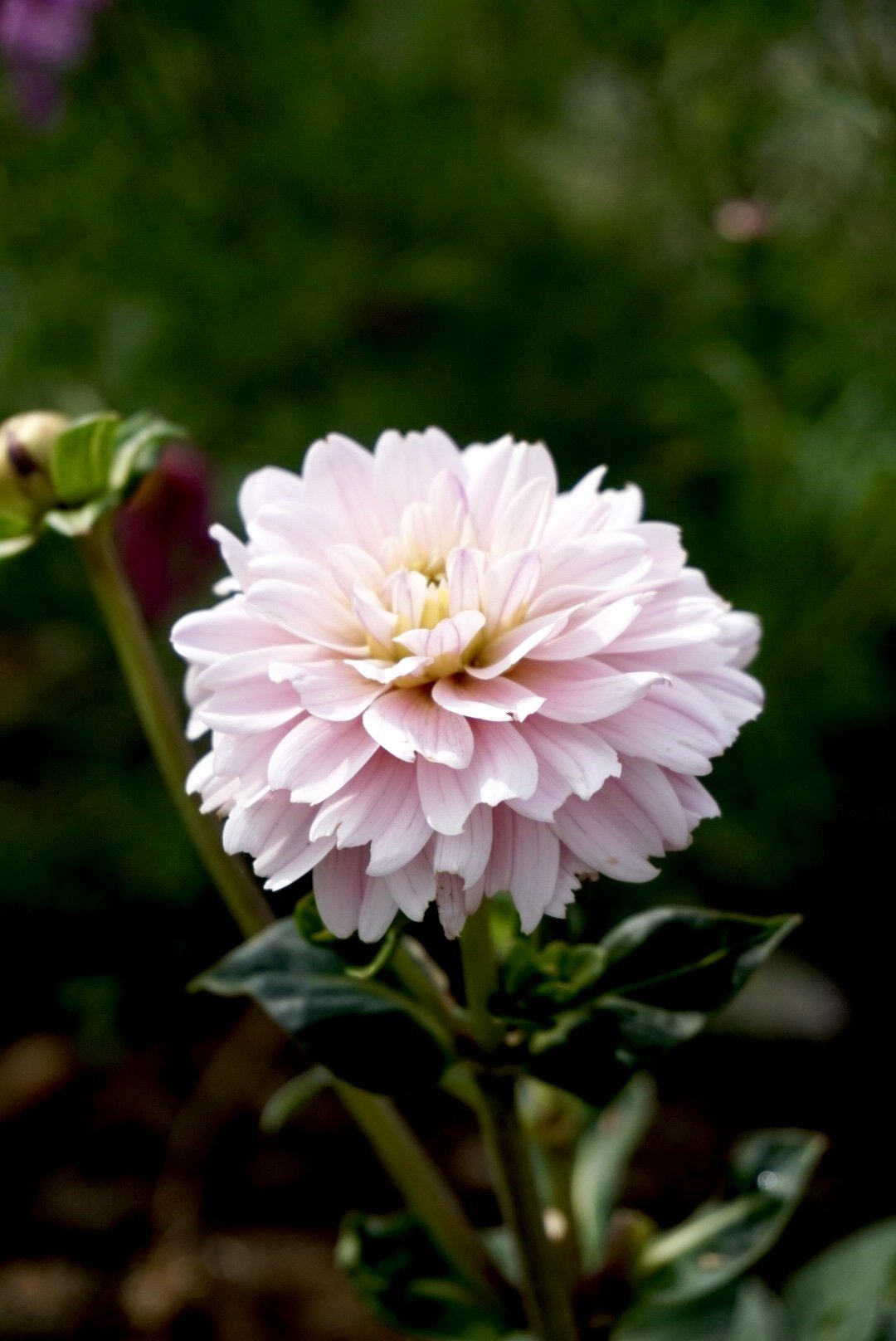 What a funny old year 2021 has been. It started with the coldest April for nearly a decade, and it was one of the driest Aprils on record too. This was followed by the wettest May in over 50 years. We were then tricked into thinking that summer had finally arrived for the first part of June, only then to be subjected to the deluge of what made up most of the rest of summer. Temperatures consistently hovered a few degrees below average, slowing the growth of warmth loving crops and the ripening of tomatoes.

Finally, when we had given up and thought that summer was over, September came to our rescue and gave us a few days of Mediterranean temperatures. The rest of the month was pretty good too. Overall though, I’d say that most gardeners will be happy to see the end of 2021. Let’s pray for a better season next year.

Still, as gardeners, we have to learn from our mistakes and adapt as the climate changes. Hopefully, 2021 was an anomaly and it will be business as usual next year. But we can’t predict the future. We can only use our knowledge we’ve gained previously to help improve our chances going forwards. For this reason, I’ve decided to share some of my mistakes this season, and how I plan to address these going forwards.

All the way back in February, I sowed a whole heap of seeds. This included a whole range of brassicas, leafy greens and onions amongst other crops. I decided to start them all off on a windowsill, because seeds often need warmth to germinate. Once germinated, many can be transferred to somewhere more protected outside, such as a cold frame or greenhouse.

I mixed many varieties of seedlings in the same cell trays and waited until they had all germinated before moving them to my greenhouse. Different plants take different times to germinate. This meant that some plants got quite leggy whilst waiting for their neighbours to say hello. By being more careful about combining different types of plants in the same seed tray, this can be avoided. Also, move trays as soon as the first few seeds have germinated. Usually more seeds will have germinated than you can see.

Leggy seedlings aren’t too problematic, but it does mean your plant won’t be as strong as it could be. My turnips got particularly leggy but I still managed to get a fairly decent crop. I suspect it would have been a better crop had my plants been in better shape when planting out. Leggy seedlings can also be difficult to plant out because they tangle around each other. Because of this there is a greater risk of damaging them because they have such long delicate stems.

After splurging on a beautiful dahlia collection this year, I was pretty devastated when none of them made it. My dahlia tubers arrived at a time when it was starting to get busier in the garden, and I had ‘potting up dahlia tubers’ on my to-do list for months. I knew that you can plant dahlia tubers directly into the ground after the frosts had passed. For this reason, potting them up early stayed fairly low on my priority tasks list. When I finally got around to planting my dahlia tubers out, every single one of them were either dug up by a mammal, or eaten by slugs. I was devastated, so I ended up treating myself to a couple of dahlia plants I found locally instead.

Next year, potting up dahlia tubers shortly after they arrive will be a top priority. You can only do this if you have growing space under cover, because they are frost tender plants. Starting them off in the greenhouse is a great way to get them nice and strong. This way, they can hopefully not be dug up by mammals or annihilated by slugs when you plant them out.

This year was our third growing season and our first one where we suffered any real slug damage. Sure the odd thing was munched before, but this year was on a whole new level. The slugs were out in force and smug old me did little about it, relying on the comfort of our sandy soil. Many of my crops and flowers have been either severely damaged or completely destroyed by slugs this season.

My summer sown carrots had come up beautifully, and I was so happy that I’d managed to sow them at a good density. A few days later I came back to look at them and they were all gone. I also had some beautiful, huge cabbages that became the home of many slug families. We still harvested them and enjoyed a decent crop, but we lost a fair amount as many had started to rot. Cutting out the bad bits was nasty enough, not to mention the number of slugs in our kitchen sink. It was truly gross.

Slugs were so prevalent this season due to the particularly wet weather we endured. Should we suffer another wet summer next year, make sure you have nematodes* to hand. Nematodes are a great way to deter slugs without affecting other wildlife. For this reason, they are the only type of slug control I will use. I finally bought some in September for my late summer/early autumn plantings.

Most people this summer were struggling to battle blight. I was probably overly cautious with blight and not cautious enough with blossom end rot. I was so worried about blight destroying my tomato crops I’d dreamed about for over a year. I’d lost most of last year’s crop to blight and blight had been on my plot from early-mid July this year. Because of the early prevalence of blight, I chronically underwatered my greenhouse tomatoes which resulted in losing quite a few to blossom end rot.

Blossom end rot is caused by a lack of calcium. Plants need water to uptake calcium, so if you find your fruits with blossom end rot, water them more frequently. Because I was so worried about blight, I would only water my tomatoes in the morning, because humidity is higher at night. The catch was, I didn’t actually make it to the plot in the morning very often. Still, I have managed to keep blight at bay (until writing this at least) in both of my greenhouses and have been enjoying a decent enough crop. I actually found blossom end rot affected peppers the most, which I had interplanted between the tomatoes.

Water tomatoes a couple of times a week to avoid blossom end rot, or more if they are in pots. As for peppers, they much prefer staying nice and moist. Keeping peppers well watered can greatly increase their yield.

It’s funny how before you are a gardener, you see a white butterfly go by and you think how wonderful it is. Once you start gardening you realise just how evil they truly are. This is JUST the white ones, the rest of them are welcome in my garden in abundance.

I am careful protect all my brassicas from pigeons and butterflies. However, I do put seedlings on a shelf in the greenhouse. I am yet to have a bird attack my seedlings despite the door being left open during the summer months, but the butterflies found their way in. We even found tonnes of caterpillars on seedlings on our bedroom windowsill (we keep the windows open in the summer when we are home).

It can be easy to forget to protect your seedlings from these critters. However, if they are left unprotected, your hopes of a crop can be destroyed in very little time at all. If you can’t adequately protect them from butterflies, then checking them frequently for eggs and/or caterpillars is essential. Next year, I may even keep my brassica seedlings on a windowsill where the window isn’t open so much. This may result in leggier seedlings, but I’d rather them be leggy than be eaten!

I am a firm believer that the best way to learn is by learning from your own mistakes. I’ve definitely had my fair share of mistakes this year, and I’m sure there are many more that I’ve forgotton. I also felt compelled to share these with you, because what you see on Instagram is usually just a highlight reel, which I find can be off-putting and demoralising if things haven’t quite gone to plan. This time of year is a great time to reflect on what did and didn’t go as well as you hoped. By figuring out what didn’t work so well, you can prevent these things happening again in the future.

I would love to know what lessons you’ve learned this season from your own experiences. Please do share in the comments so we can all help each other learn.

Author: Katie
Filed Under: Grow Your Own
Tags: gardening, Grow your own, kitchen garden
How to save your own seed for beginners
Planting spring bulbs for biodiversity and a beautiful spring display