Preventing, spotting and dealing with tomato and potato blight 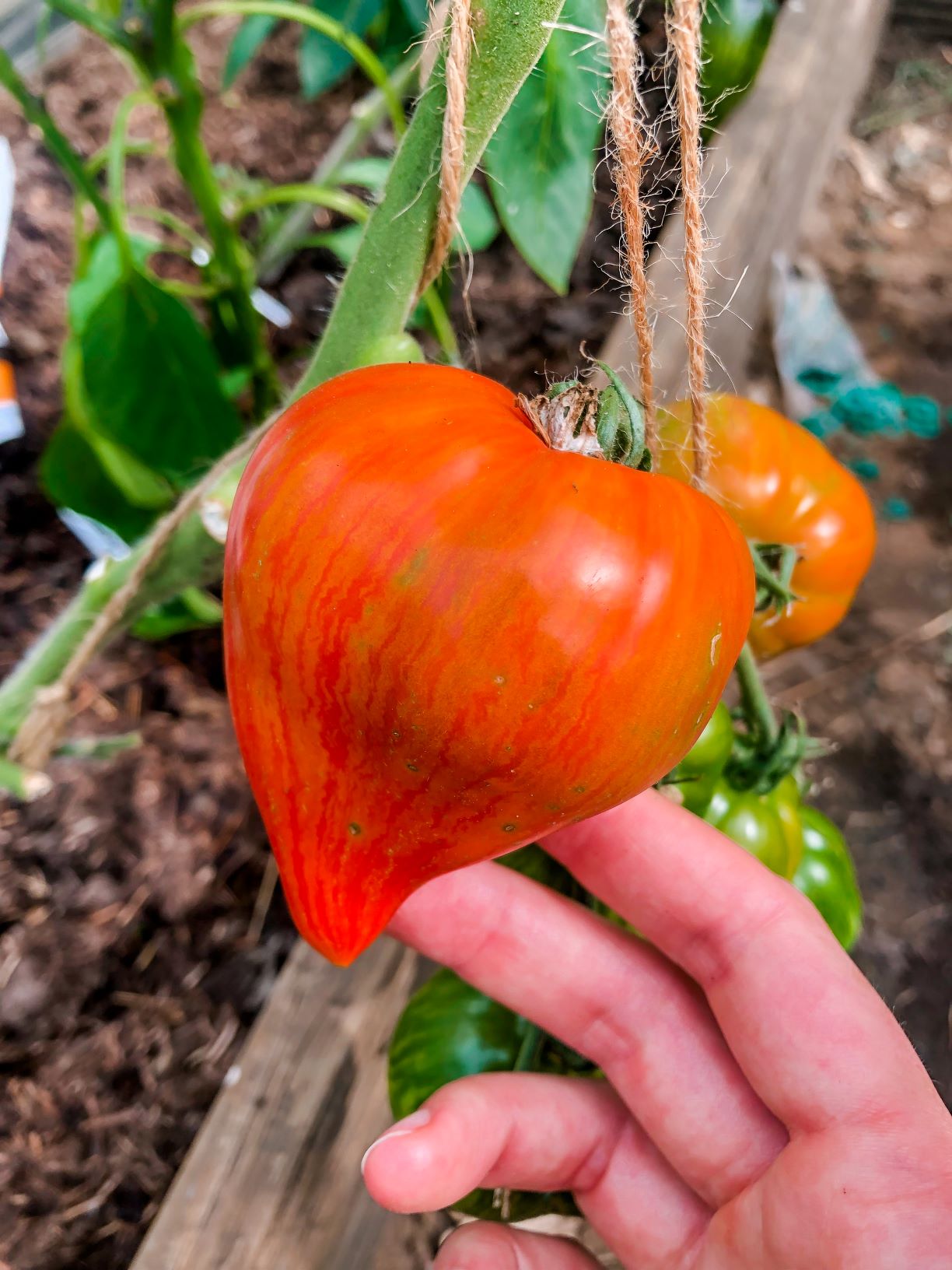 This year we have experienced a particularly wet spring and summer. Whilst there are certainly some pros to this (a lot less time watering!) it is also the perfect weather for diseases to spread. One disease that is particularly feared by many gardeners is blight. Unfortunately due to the weather, this year appears to be a particularly bad year for it.

Many gardeners, myself included, have already been hit by blight. It is very common to get it later in the summer or early autumn. But it already being so rife in July is just brutal. There are two types of blight, early and late blight. Early blight is far less serious than late blight. For this reason in this post I will be writing specifically about late blight.

Blight is a fungal disease which spreads in the air in humid conditions. It affects potatoes and tomatoes and can destroy a whole crop in very little time at all. It can spread in temperatures from just 10C and requires 12 hours of at least 90% relative humidity to infect plants. Blight spores have the ability to travel up to 30 miles. That is a very long distance, meaning no-one in the UK is safe from it infecting their crop. Once blight has infected your plants, it will spread through them very rapidly causing them to rot.

There are certain measures gardeners can take to prevent blight from taking hold. Unfortunately, because it spreads through the air, all you can do is reduce the risk rather than eliminate it. If you have an allotment then you will be more prone to getting blight on your plants. This is because once one person has it on their plot, it can spread through an allotment site extremely quickly.

Late blight usually isn’t prevalent until later in the season (it’s in the name), which is why I decided to grow a blight resistant maincrop potato variety called Cara, but I didn’t look for blight resistance for my early potatoes. My charlotte potatoes became infected with blight this year, but my Cara’s still seem to be OK (I think) despite them being neighbours.

Last year, the only outdoor tomatoes I grew that didn’t get hit by blight were the variety Mountain Magic. This is a very reliable F1 variety, however they aren’t the best homegrown tomatoes you’ve tasted. They’re still better than what you’d buy in the shops, mind.

12 hours at 90% relative humidity seems like a long time and that’s because it is. However, moisture can get trapped in dense foliage and create pockets where blight can infect your plants. For this reason it is good to give your tomato plants a good prune. Remove all leaves below the first truss, plus any that are touching other leaves/plants or any of the fruit. Also make sure all sideshoots are removed. I explained how to remove sideshoots from tomatoes in this post.

Having a good prune of your tomatoes is important to encourage airflow. On top of this, water the plants at the bottom, being careful not to get water on any leaves. Obviously this is something that is much easier to control when growing your tomatoes undercover. If only there was a way to keep the rain off your outdoor tomato leaves! Perhaps I should get some umbrellas for my tomatoes!

Spotting and dealing with blight on potatoes

I find that blight is much easier to spot on tomatoes than it is potatoes. Blight often hits around the time that many potatoes are nearing harvest time, meaning that you would expect the plant to die back anyway. It can be very difficult to tell the difference between a potato plant just dying back naturally and blight. The biggest telltale sign of blight is the stems (both the leaf stems and main stems) starting to rot and turning black.

If you see something you are unsure is blight on your potatoes, then keep a close eye on them and see if it spreads quickly and if it goes to the stems. If you have blight and it hasn’t spread through the main stem down to the tubers then cut the leaves off at ground level and leave the potatoes in the ground for 3 weeks. This is supposed to reduce the chance of blight spores landing on your potatoes upon harvesting which could then spoil them.

If the blight has already gone through the main stem to the tubers then you need to remove the potatoes too. The state in which you find your potatoes will depend on how far the disease has progressed. Dispose of any rotten tubers in your black bin or garden waste bin (councils will either burn garden waste or hot compost which will destroy the blight spores). Be very thorough and be sure to get all the potatoes out of the ground. You can eat any unaffected tubers but they are unlikely to store for very long.

Spotting and dealing with blight on tomatoes

The earlier you catch blight on your tomato plants, the better the chance you have of stopping it in its tracks. Blight usually starts from the lower leaves because this is where there is more likely to be more moisture. Blight on tomato leaves starts off as blotchy patches that turn brown/black. These will then spread rapidly if left unchecked. The photos below show the first signs of blight on tomato leaves.

You may also see signs of blight on the stems of the leaves or the main stem of the plant. Blight presents itself on stems as blackened patches. Just be careful because you can  get bruising on tomato stems that can look like blight too. This is often where the plant is tied to its support. If you are unsure, leave it for a day and see if it has spread.

It is best to remove the entire leaf if you find blight on the leaves or the stems of the leaves. If you find blight on the main stem then unfortunately there is little you can do for that plant. You will need to remove the entire plant. You could potentially make green tomato chutney from the fruit if is not showing signs of blight yet, but the fruit may not store/ripen if already infected by blight spores. Hopefully by removing plants, you can reduce the risk of blight spreading to the stem of other plants that may not have been infected.

To compost or not to compost

Many people will say that you cannot compost blighted plants because the blight will live on. This is an old wives tale and it is perfectly safe to compost the leaves and stems of both tomato and potato plants. Blight spores need living tissue to survive, so when you remove and compost the plants, the blight spores will die with them.

However, blight can live on potato tubers. If you are confident in your hot composting abilities then go ahead and compost them, along with blighted tomatoes. There is little information on this, but there is a chance blight could continue to live on tomato seeds too. I’ll personally be erring on the side of caution and not composting blighted potatoes and tomatoes until I’ve got my compost making skills down to a T.

On a final note, it is good practice to rotate your potatoes and tomatoes around your plot if you can. Blight can live on potato tubers left in the soil so if you’ve been affected by blight one year, you will want to be sure to pull up any volunteer potato plants should they rise (which they will I can almost guarantee you!) and keep them away from next year’s potatoes and tomatoes. It is generally recommended to do a four year crop rotation. However this is not vital, just do your best with the space you have.

Author: Katie
Filed Under: Grow Your Own
Onion white rot: how to prevent, detect and manage white rot
Vegetable seeds to sow in August for autumn, winter and early spring harvests