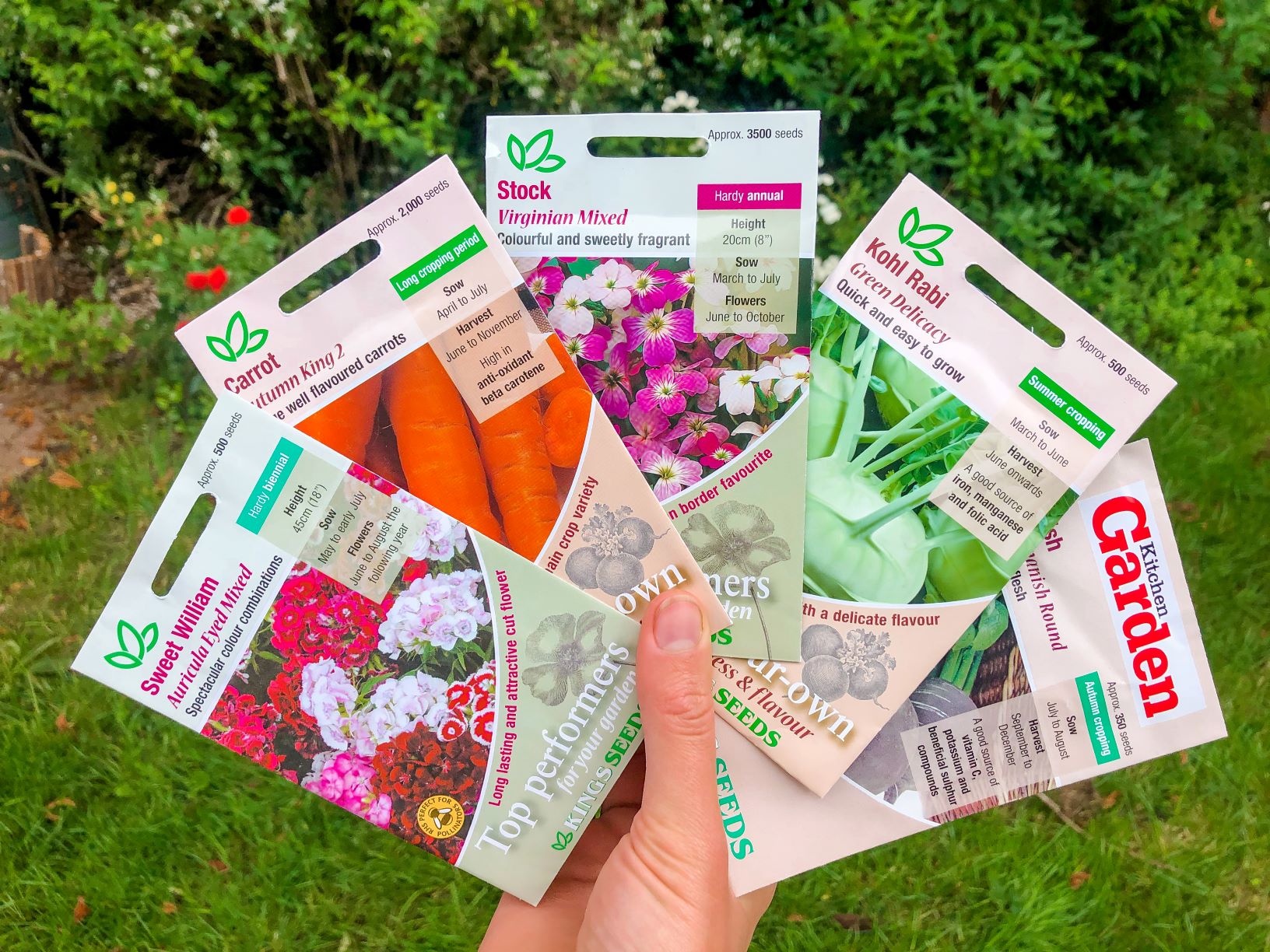 As we move past summer solstice into July, it’s a time when we need to start thinking ahead to autumn and winter. I know that winter is the last thing you want to be thinking about at the moment but your future self will thank you. Late July is a time where you may finish harvesting some of your spring sown crops, such as early potatoes, beetroot, carrots, fennel, kohlrabi, lettuce, onions and some of your summer cabbages and cauliflowers.

It’s better for your soil to not leave it bare for much of the year and to keep the ground full. This helps prevent nutrients leaching from the soil in wet weather, and gives the microorganisms in the soil something to feed off. Don’t worry, they wont eat your plants. They feed off a substance released from the plant roots and in exchange make the nutrients in the soil more bioavailable for the plants.

Around summer solstice, I sowed my next crop of beetroot, lettuce, purple sprouting broccoli and chard. I am starting these all off in seed trays so they can be growing whilst the ground is currently occupied by my first sowings. I will interplant most of these between the current crops before they have ended. If you haven’t sown beetroot and PSB already, then sow them ASAP.

Many of the crops I’m sowing this month may not be everyone’s cup of tea. I do however strongly encourage you to grow what you can and keep your soil full of plants. Of course prioritise growing vegetables you love, but remember any unwanted produce can be given away on Olio or given to neighbours. Trust me, people love receiving homegrown produce. It feels good to share your hard work too.

For many of my summer sowings I am using Charles Dowding’s sowing timeline. While I don’t follow this to a T for every crop I grow, some of the crops I’m sowing this month are completely new to me this season.

First and foremost, I need to resow my parsnips (my boyfriend weeded them out, oops!). I am not too worried about a late sowing because last year my May sown parsnips were enormous. I’m happy to have them a little smaller, plus it will be an easier excavation come harvest time.

Towards the beginning of the month I am going to sow my maincrop carrots. These were originally planned to go between my onions, but due to the slow spring they are behind schedule so I will sow them where my garlic have been. Last year I sowed my carrots in late July. We yielded a fantastic crop which lasted us through much of the winter. This year, I’m sowing them a little earlier so we can hopefully have our maincrop a little earlier, with more larger roots. We will still leave them in the ground and harvest as needed throughout winter. I will be growing the variety Autumn king for the first time, but last year my Early Nantes grew completely fine and stood well throughout the winter.

Sometime during the first half of July I will sow more fennel and kohlrabi. Fennel naturally flower in the late spring/early summer. I am hopeful for larger fennel bulbs from these new sowings because they are less likely to bolt. If you are sowing these crops, either harvest them before we have any hard frosts (below -2C) or be armed with some fleece to protect them. I will also be sowing endive and chicory so they can be ready to go in the ground after my potatoes.

Just like previous months, it is important to continue sowing single harvest crops such as cabbages and cauliflowers. It is now getting to a time where it is too late to sow summer varieties. Because of this, it is good to look for autumn/winter varieties that will withstand some frost. Savoy cabbages are excellent for this and there are plenty of cauliflower varieties that are winter hardy.

July is a time where we can start sowing some biennial flowers for an earlier bloom the following year. These must be cold-hardy plants that can withstand the winter. There are so many different flowers to choose from so this is far from an extensive list. Flowers that I am hoping to sow in July are sweet rocket, sweet williams, foxglove and stocks. The former three are all varieties which do well in shady areas, which is why I’m growing them for my small north-facing garden.

I may also plant a few borage and phacelia seeds around the plot. Borage have edible flowers which bees absolutely adore. Meanwhile phacelia (the same family as borage) is also great for bees whilst simultaneously being an excellent green manure. Phacelia is supposed to be great for smothering weeds and improving soil structure. It is a great plant to sow if you have empty soil between now and September with no successional plantings planned.

Finally, if you have some fast growing varieties of certain summer crops you may still be able to sow them. Some dwarf varieties of French beans can grow very quickly. I also have some quick heading calabrese I may try sowing too. Spring onions are also relatively fast growing crops so you could probably still sow them at the start of the month. You could continue to sow radish, just beware that flea beetle is common at this time of year. August will be a time to really ramp up the sowings for autumn, winter and early spring harvests.