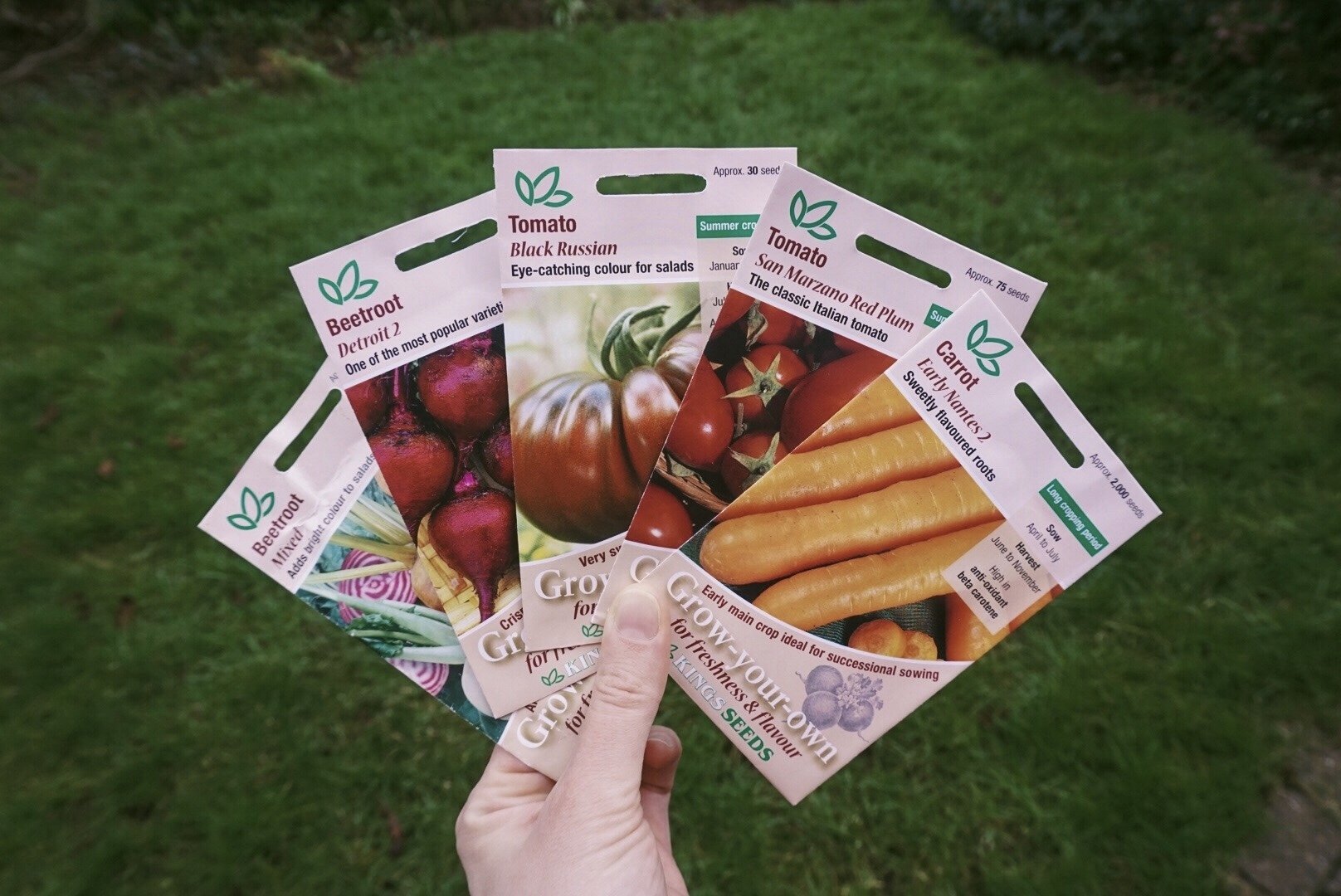 March is one of the most exciting months of the year. It is the month of the Spring equinox meaning we’ll officially have over 12 hours of daylight. It is also the month the clocks go forward and British summer time begins. The extra light enables you to spend so much more time in your garden, especially after the clocks change which makes it possible for most people to garden after work. Most of the seeds I sowed last month will go in the ground in the second half of this month. I look forward to finally seeing my plot filling up again.

March is an important month for a gardener. Once again there are so many seeds to sow. If you haven’t already seen my post on the seeds I sowed last month then you can find it here. All of the seeds I sowed in February can also be sown in march. For those who do not have protection for their plants March is a good time to start sowing. It is now getting late to sow your chillis, peppers and aubergines , so if you haven’t done so already go and do it now! It is also getting rather late for sweet peas.

Everything I sow in the first half of this month will be sown under cover in modules. At some point between now and the middle of the month (probably closer to mid-month) I will sow my peas. I have two varieties to sow, one I am growing to purely save seed (I only have 10 seeds so I want to increase my stocks), and the other is a mangetout. The variety from which I am saving seed  I will sow shortly to enable time for the seeds to fully mature. I will hold off sowing the mangetout a little longer so they flower at a different time to prevent any small chances of cross pollination.

Last month I sowed some calabrese and will sow some more again just before mid-month. The variety I’m sowing this month is a fast growing and quick heading variety from Real Seeds. I am very excited to grow this variety because it will enable me to grow a second crop in the same space after it is harvested in May/June. I am growing three varieties of lettuce, two from which I will harvest the outer leaves to reduce the need to succession sow. However, my partner loves his crunchy Little Gem so I will succession sow these to harvest the whole heads and keep him happy.

This month I will sow more varieties of beetroot, which will be multi-sown. I will also sow the rest of my tomatoes. The rest of the tomatoes for the greenhouse will be sown in the first few days of the month. I will try to hold off sowing the outdoor tomatoes until mid-month, although I can’t promise anything! Tomatoes are one of my absolute favourite crops to grow and it is difficult to be restrained.

Towards the end of the month (and once I have some spare seed trays again) I will sow some perennial herbs for the herb garden I am creating in my front garden. I am making a herb garden here because it gets lots of sun and I never remember to pick herbs when I need them at the allotment, so it’s just better to have them outside the house. The herbs I will be sowing are thyme, oregano, regular chives and garlic/ Chinese chives.

I will sow a small number of celeriac in modules this month. Leeks and celery I may also sow in modules towards the latter end of the month although I am yet to decide this. I have planned to plant them after my spring cabbage has finished so I don’t want to sow them too early and there not be space for them. Once again I will sow more little gem lettuces. You will probably start to see a theme here.

At some point around the middle of March I plan on planting out all of my potatoes. This should enable me to get a nice and early crop. I am armed with 30gsm horticultural fleece to protect them from any late frosts. If you do not have protection you can still plant them out; however if their foliage gets hit by frost it will set your crop back a bit. This isn’t usually a problem earlier on while you earth them up as they grow, but can often be problematic if there is a late last frost when the foliage is much bigger and can no longer be covered by soil.

At some point towards the latter end of the month I will sow my first carrots. Carrots must be sown directly – they don’t fare well being transplanted. Carrots are a great crop for succession sowing; however I plan on doing two main sowings this season, because last year I just kept forgetting to sow more. I will keep my carrots under fleece for the first few weeks which should help them germinate faster and also protect them from carrot fly. Once the weather has warmed up I will then swap the fleece for mesh to protect from carrot fly.

Author: Katie
Filed Under: Grow Your Own
Tags: gardening, Grow your own, seeds, sowing seeds, spring
My Week On The Allotment – Preparation For Spring
Creating a garden that is beautiful, functional and great for pollinators