Seeds I’m sowing in May 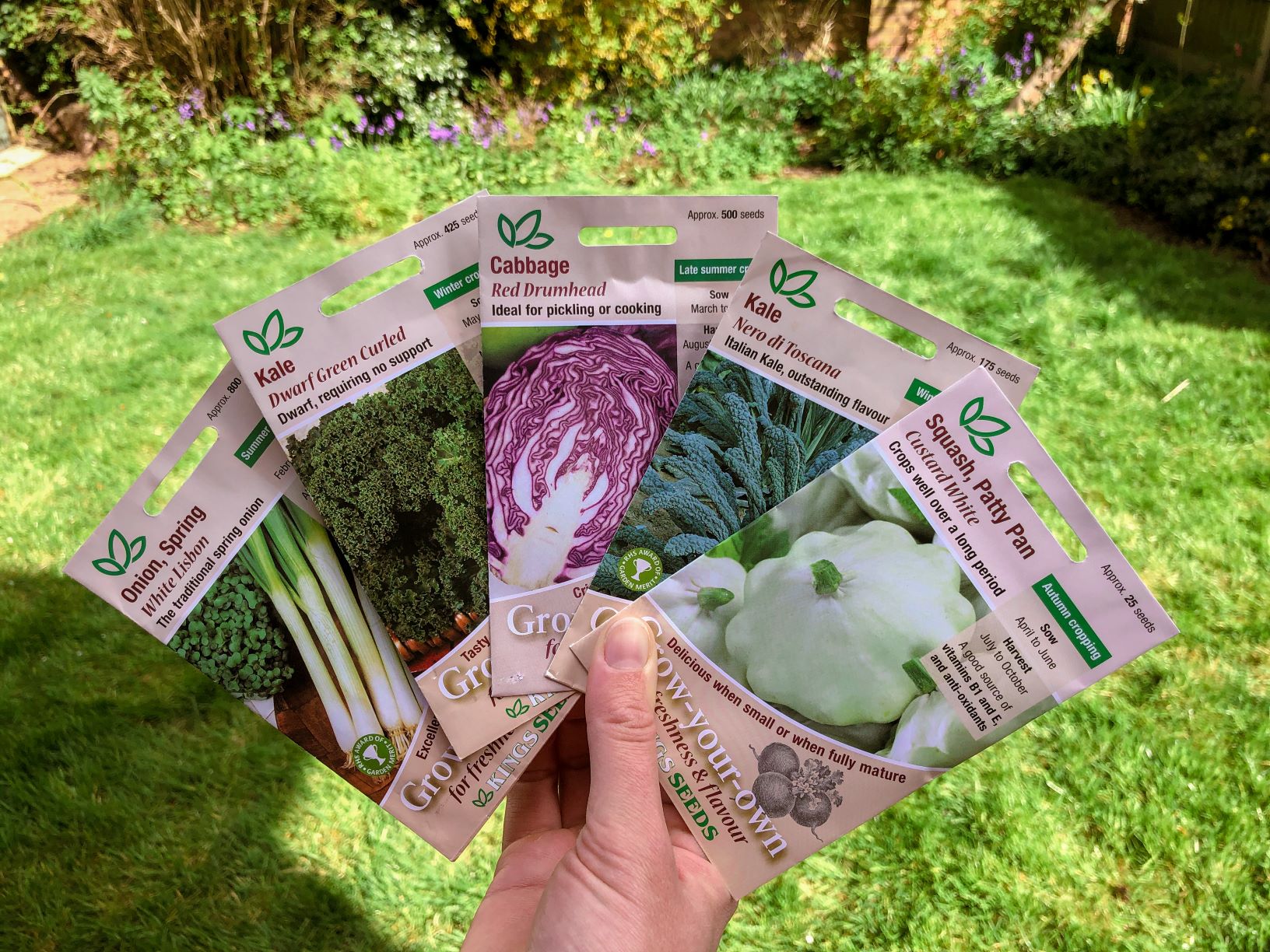 I feel like this year is flying by much quicker than usual. With most of our days blending into one thanks to lockdown, plus a particularly cold spring, it really doesn’t feel like we are going into the fifth month of the year. According to many sources, my last frost is usually around the end of April, although in reality we can get hit as late as mid-May.

This year, we still seem to be having frost most nights despite how close we are to our supposed last frost date. For this reason I am going to err on the side of caution and probably wait until the end of May or even the beginning of June before planting out my frost tender plants. I’d much rather have a slightly later crop than risk losing it entirely. When mid-late May arrives, I will be checking my local forecast and I will plant accordingly. If it’s still looking cold, I will wait a bit longer.

May is a slightly slower time for seed sowing, which is probably a good thing because we are so busy while our gardens are coming alive again. However, whilst in the midst of planting out our summer harvests, we are now already approaching a time when we should start thinking ahead and sowing some seeds for autumn crops.

In May I will start sowing some brassicas for autumn harvests. These I am very excited for. This is my first year growing red cabbage and I will be sowing them in May. I am hoping this will give me a bounty to enjoy in the autumn and over Christmas (apologies for mentioning the C-word this early but you really have to think ahead with gardening). I will be sowing a large range of different kale varieties so I can compare them, and also hopefully harvest them over a slightly longer season into the spring.

Many people have already sown their kale which will enable a summer harvest. However I don’t find this necessary because there are already so many other crops to harvest in the summer months. My plan is to hopefully plant them after my broad beans have finished cropping. By sowing kale in May, plants should crop healthily from late summer into the autumn. Growth usually slows in the middle of winter but starts again as spring approaches before the plants start to flower. Kale flowers are also edible and delicious. If you are a fan of brussel sprouts then now is a great time to sow them too.

In April I sowed the first of my French beans. Throughout May I will continue to sow other French beans. Most of the French beans I am sowing in May will be dwarf varieties because they are quicker to grow and don’t usually need support. Because dwarf varieties are faster growing, it makes them particularly great if you are succession planting your beans after other crops to maximise your space. It is still fine to sow climbing varieties and also runner beans too, so don’t be put off sowing those if you haven’t already.

May is a great time to sow many root vegetables. The first half of May is a great time to sow parsnips. Last year I sowed my parsnips in May and they were still enormous, so I really find no need to sow them any earlier. Like carrots, parsnips do not like being transplanted so they are best sown direct. I am going to germinate the seeds first on damp kitchen roll, then I can tear off little pieces of the kitchen roll as the seeds germinate to avoid disturbing them. This is apparently a good method to ensure a full row without any gaps because parsnip seeds have a relatively poor germination rate.

Throughout May I will continue to sow seeds for single harvest plants that don’t stand for very long once ready. To ensure continual harvest throughout the summer and into the autumn I have been sowing many of these every month since February. I will continue to succession sow Little Gem lettuce, cauliflower, green cabbage and spring onions.

During May you can still sow many flowers. May is a great time for sowing if you are sowing directly outside after your last frost. Many seeds can be sown before your last frost date, as long as you are only expecting light frosts. Some flowers that can be sown in May include borage, calendula, chamomile, cornflower, cosmos, dwarf echium, echinacea, hollyhock, nasturtium, nigella, phacelia and zinnias. May is also a great time to directly plant out your dahlia tubers if you haven’t yet potted them up in a greenhouse. Just be sure to keep your dahlias frost-free.

It’s not too late

There is still time to sow all plants in the squash family. For any type of winter squash, it is best to sow them ASAP because they take a long time to mature. Examples of these include pumpkins and butternut squash. It is also still a great time to sow all sorts of summer squashes including courgettes, patty pan and cucumbers. Also if you haven’t already sown your sweetcorn then May is a great time to do so.

There is still so much that you can sow in May, so don’t be put off by thinking it’s too late. Most plants are still fine to be sown with a few exceptions such as tomatoes, peppers and aubergines (eggplant). One point I cannot emphasise enough is the need to show restraint when planting frost tender plants outside. This year is a particularly cold spring, and although in many parts of the UK the last frost date is at some point during May, I still wouldn’t trust that entirely. I’m sure many of you remember or have been told about how we experienced snow in June in 1975. As the saying goes – ‘never cast a clout ‘til May be out’.

Author: Katie
Filed Under: Grow Your Own
Tags: gardening, Grow your own, kitchen garden, sowing seeds
How to make the most of your growing space with succession planting
No-dig gardening – Benefits and Misconceptions