Seeds I’m sowing in the first half of April 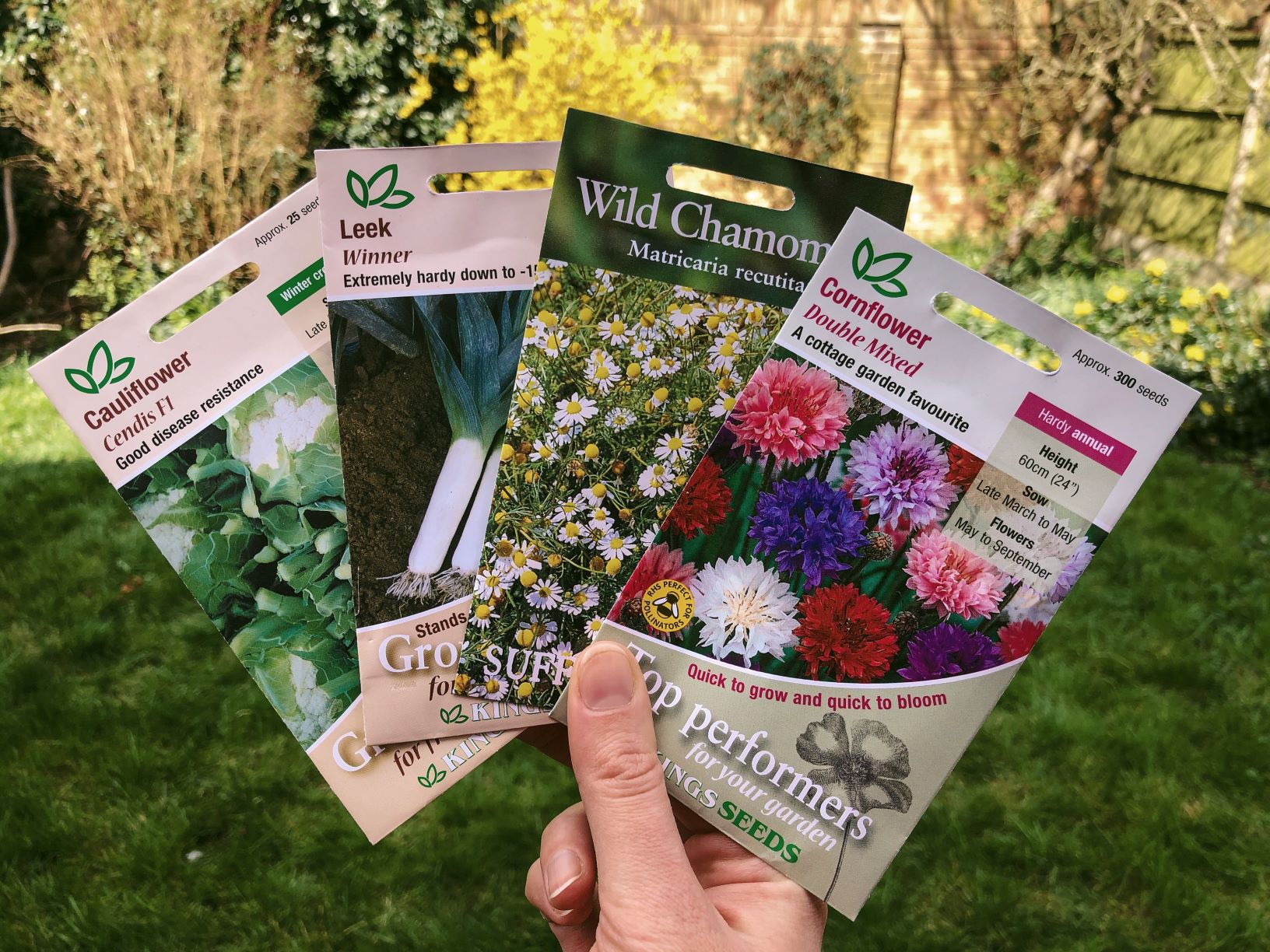 I feel like I’m beginning to sound like a broken record but April is yet another very exciting month for gardeners. The days are getting long, it’s warming up outside and everything is alive once again. During the final week or so of March I started to notice differences at my plot every day because everything is growing so fast. In April you can plant out most of your earlier sown seedlings, and it is so exciting to finally be able to fill your garden again. If you haven’t already planted your potatoes out, the beginning of April is a great time to do so. The beginning of April is also a great time to sow carrots if you haven’t already.

If you are still yet to sow your outdoor tomatoes it is not too late but I would so them ASAP. Chillis and peppers are probably too late now, so if you’ve missed the boat for sowing these then ask friends/neighbours/fellow allotmenteers for any spare plants or you could buy some. Keep all of your tomatoes, peppers and chillis inside until after your last frost date. I may move mine to my greenhouse towards the end of the month if I am struggling for space, but I will cover them with fleece on any cold nights. For many of my vegetable sowings this year I am following Charles Dowding’s sowing times, because his last frost date is the same as mine (mid-May). If yours differs from this then you should adjust accordingly.

I am succession sowing my cauliflower, cabbage and little gem lettuce to try to achieve a steady stream of whole heads through the summer and hopefully into the autumn. Last year I just sowed everything at once, and many started to go to seed at the same time, meaning we had to give lots away and we also made a lot of sauerkraut. This meant we then went long periods without. Succession sowing is definitely worth doing for plants that only produce a single harvest. It is best to succession sow every couple of weeks if possible.

At the start of the month I will also be sowing my leeks. For leeks I will try multi sowing in modules. I will sow 4 or 5 seeds per module and thin them out to a maximum of 4 when planting out. It’s now starting to get late for sowing celeriac, so if you’ve been unorganised like me then sow them ASAP too.

There are also a whole host of other vegetables that can be sown this month, including various brassicas, beetroot, chard, spinach, salads, parsnips and annual/biennial herbs. Most of these I have sown in earlier months so it is worth checking my February and March sowings posts for more detail.

Many herbs and flowers are best sown 6 weeks before your last frost date. My last frost is mid-May so I plan on sowing these within the first week of this month. Flower varieties I will be sowing are calendula (pot marigold), chamomile, cornflower, cosmos, dwarf echium, echinacea, foxgloves, stocks, strawflowers and violas.

I will be sowing all of my perennial herbs this month too, including Agastache (also known as anise hyssop or Korean mint), thyme, marjoram, chives, garlic chives. I will also sow a good amount of basil because it is a great accompaniment to homegrown tomatoes. In the first half of this month I will also pot up my dahlia tubers this month to give them a head start, but I will be keeping them inside the greenhouse and will plant them out after the last frost. If you don’t have space to keep your dahlias out of the frost, then just hold off and plant them directly after your last frost. They may start flowering slightly later, but it is much better to be late than risk killing your beautiful dahlias.

The second half of April is extremely exciting for sowing seeds. This is why I’ve decided to split this month into two, because I feel the latter half deserves a whole separate post of it’s own. Watch this space 😉

Author: Katie
Filed Under: Grow Your Own
Tags: gardening, Grow your own, organic gardening, sowing seeds
How to grow carrots, choosing varieties, debunking myths and preventing pests
Seeds I’m sowing in the second half of april