Seeds I’m sowing in the second half of april 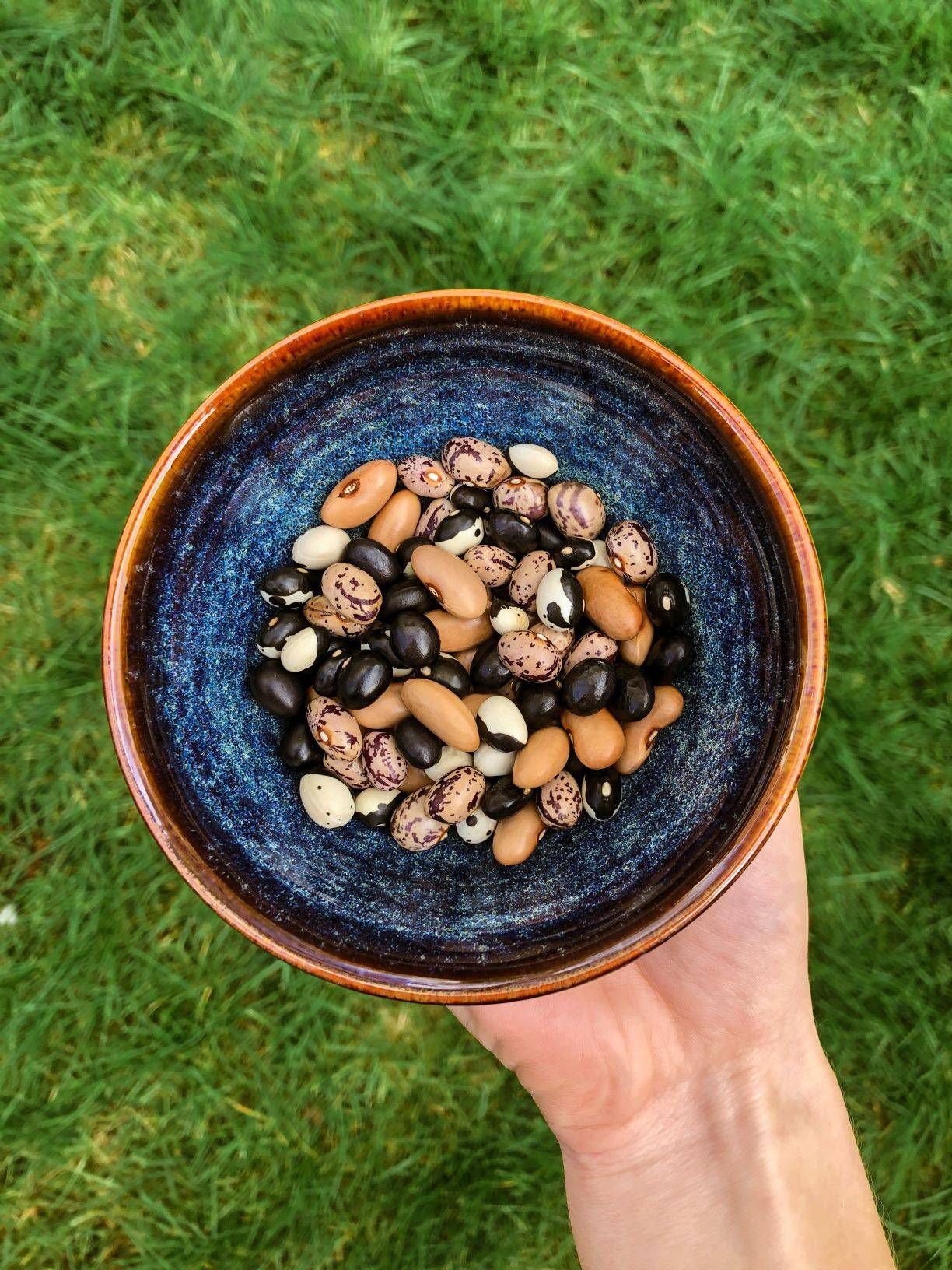 The second half of April is a time when you can finally start sowing your warmth loving plants that are destined to be outdoors. These include some of my favourite vegetables to grow so I find it super exciting. It can be tempting to sow them earlier, but many need planting out relatively quickly after sowing so it is best to wait until no earlier than a month before your last frost date.

Curcubits are the squash family. This includes courgettes, marrows, winter squashes, pumpkins, cucumbers and cucamelons. Of these I am growing courgettes, winter squash, cucumbers and cucamelons. I will sow these around mid-April which is about a month before my last frost date. It can be tempting to sow them sooner but these grow quickly and it can become very difficult to keep them indoors. Cucamelons are a new one to me. After seeing them all over Instagram I just couldn’t resist trying to grow my own. I am very excited for these because I have never seen these for sale in the UK.

Be careful not to grow too many courgettes because they are very prolific. I don’t think I’ve ever met a gardener that hasn’t been giving them away left, right and center during the growing season. That being said, it is worth planting at least one extra because sometimes for no real reason some plants just don’t do as well as their siblings. Last year I had four courgette plants, and the vast majority of my crop actually came from just two of those plants. One week I picked 17 courgettes from those two plants alone. Be warned.

Last year I grew the winter squash Crown Prince F1 which has been an absolute delight. This year I will be growing this variety again, plus I will be trying a few non-F1 varieties. The cucumber variety Burpless Tasty Green F1 did fantastically well for us last year too. The flavour was fantastic, they produced well and their skin didn’t go tough and bitter like many outdoor cucumbers in the UK. I will be growing more of this variety this year because they were so successful, but I will be testing out a different non-hybrid variety too. If you missed my post on what F1 actually means then you can find it here.

Beans might just be my favourite vegetable to grow after tomatoes. I love them because they are so tasty and versatile. This year I look forward to growing a whole variety of French beans (sorry runner beans but you’re just not for me) and drying beans to last us through the winter. Climbing beans are particularly great for growing in small spaces because they don’t take up much ground space. If you are growing in pots or just want a quick crop then dwarf beans can be great too. It is definitely worth growing your own beans because you can pick them at the size you want, and the plants keep on producing more.

I will be sowing my beans 3-4 weeks before I intend to plant them out. Some varieties I will plant out straight after my last frost date in mid-May. Some dwarf varieties I am planting out after other crops have finished because they are generally quicker to grow so I may sow them a little later to plant out sometime in June. Just be careful not to sow them too early because they grow quickly and can become tangled and be a nightmare to separate when planting out.

Did you know that beans also come in a variety of different colours? There are various yellow and purple French bean varieties as well as the more conventional green ones. Plus you can get some unusual and beautiful looking dried beans too. Beans are another great example of how much more variety you can get from growing your own. Most of my bean varieties have come from fellow allotmenteers and also the Heritage Seed Library. It is definitely worth getting nice heritage varieties, particularly for French beans, because it is so easy to save the seed. Real seeds has a great selection. Runner beans do tend to cross pollinate more readily than French beans so it may be more difficult to keep varieties pure.

Other legumes I am sowing this month are mangetout and more broad beans. Some of my larger broad bean plants have been damaged by the winds so I am not hopeful for a great yield from my overwintered crop. For this reason I’ll sow a few more plants this month which will hopefully be ready late June/early July. I also highly recommend growing mangetout because it is so delicious when eaten straight off the plant. Even when eating just half an hour after picking, the flavour changes completely because the sugars start converting to starch once picked. I look forward to them being my allotment snack during the summer.

This year will be my first year growing corn of any kind. I haven’t grown it previously because I know the badgers love it at my allotment and it is luck of the draw if they choose yours or not. This year I have much more growing room so I look forward to trying to grow corn and hopefully having it to ourselves. I have noticed that most sweetcorn seeds nowadays are F1 hybrids. I looked hard to find an open-pollinated variety and came across this one here. Some red strawberry popping corn also slipped into my basket so I very much look forward to growing these. The popping corn will need longer on the plant for the kernels to dry before harvesting.

Towards the end of the month I will sow borage and phacelia. Both of these plants are of the same family and are great for bees. Phacelia also has the added benefit of being a great green manure. Because it will be my first time growing these, I will sow some in modules and some direct to see what works best. I have read that borage doesn’t transplant well but I’d like to test if this is true. There is little information on phacelia so I will be treating it in the same way as borage.

Author: Katie
Filed Under: Grow Your Own
Tags: gardening, Grow your own, organic gardening, sowing seeds
Seeds I’m sowing in the first half of April
April Gardening Jobs – Preparing your kitchen garden for summer