Vegetable seeds to sow in August for autumn, winter and early spring harvests 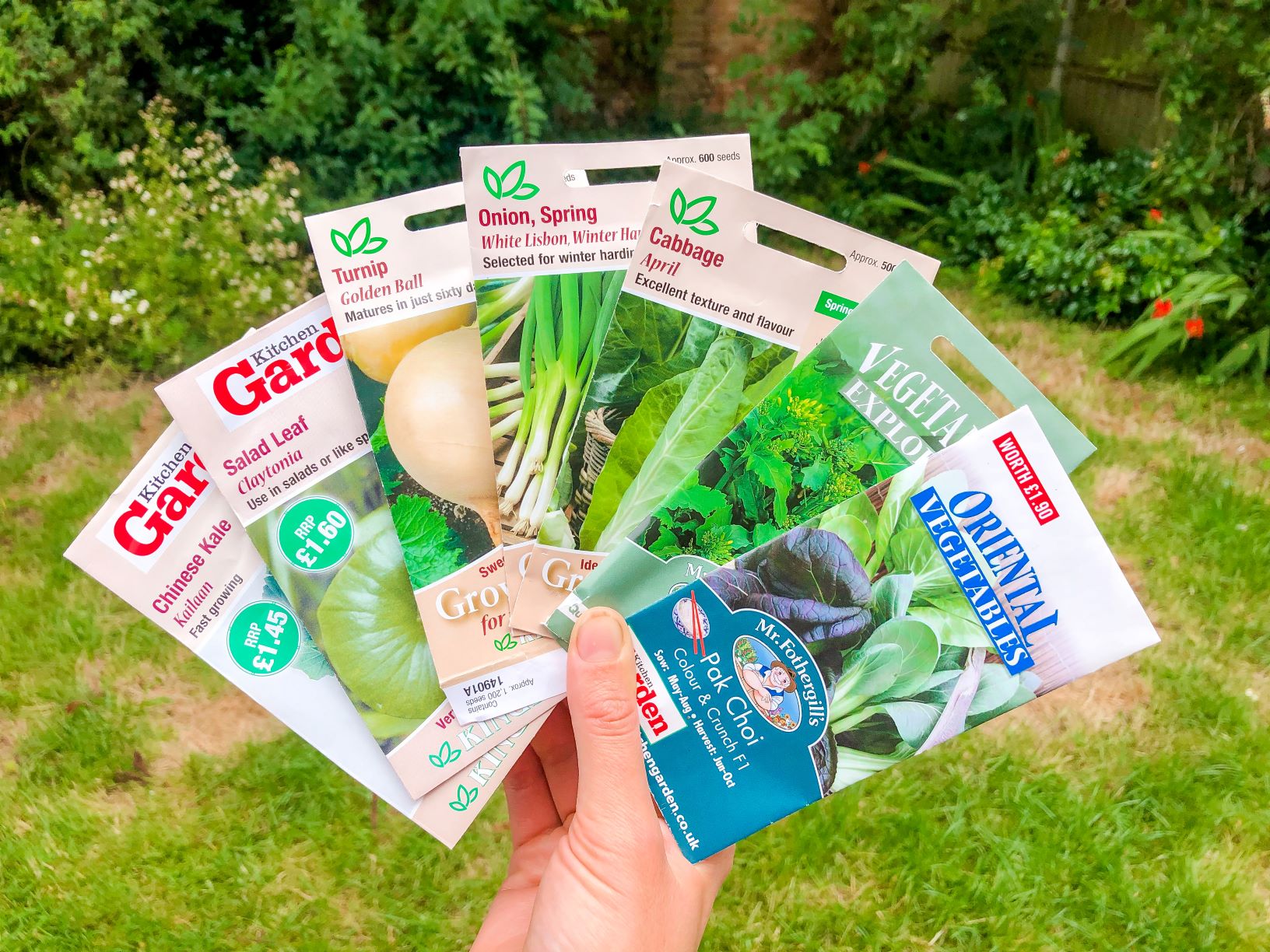 I feel like August is a bittersweet month. Everything is in full bloom, crops are usually at their peak and everything just feels wonderful in the garden. However, nights are noticeably drawing in and we begin to feel the inevitable autumn and winter fast approaching us. This year I feel wholly unprepared to start thinking about autumn, thanks to the lack of summer it feels like we’ve had.

But needs must. It is time to start thinking about sowing more plants for autumn, winter and early spring harvests. Your future self will thank you for not neglecting sowing more seeds at the height of the growing season. Being able enjoy homegrown produce in all seasons is a real treat. Furthermore, it is also better for your soil to have something in it than to leave it bare for all the nutrients to wash out. It’s a win-win situation if you ask me.

Hopefully you’ve already sown some of your slower-growing brassicas, such as brussel sprouts, purple sprouting broccoli and cabbages. Much of what you can sow in August are fast growing crops, winter salad crops or crops that will do little more than establish themselves over the winter but provide you with beautiful produce much earlier in the season.

First half of the month

The first half of August is a great time to sow many fast growing crops for autumn harvests. These can include radish and turnips. Round radish varieties are great for multi-sowing**, however I would avoid multi-sowing any longer rooted radish. Turnips are fantastic for multi-sowing and are a very easy crop to grow. My spring sown turnips got extremely leggy but still produced a fantastic crop. Both turnips and radishes should survive slight frosts, but you will need to harvest them before harder frosts hit.

Raab broccoli is a fast growing broccoli which will go to seed if sown too early in the season so now is a great time to sow it. It is also the same story for many Asian greens, such as pak choi and Chinese kale (otherwise known as kailaan). By sowing these at the beginning of August, there is still time for the plants to grow quickly thanks to the warmth and light levels, without them bolting like they would in the spring. These should also withstand some mild frosts too.

The beginning of August is also a great time to sow certain greens for autumn and winter cropping. Leafy vegetables that have not formed a heart will stand much better in frosts. This is because the hearts of crops such as lettuce contain more water than the green leaves, which if frozen can turn the plant to mush. Salad crops that are great to sow include Spinach, claytonia (winter purslane) and salad rocket. It is also a great time to sow frost hardy herbs such as parsley or coriander (the latter you will never see in my garden!)

**For those who are new around here, multi-sowing is where you sow a number of seeds (usually around 5) in module trays, and plant the whole clump. You then harvest the largest first allowing the rest of the clump to continue growing. This enables you to have a continual harvest over a longer period and reduces the need for succession sowing so frequently.

August is a great time to sow onions for overwintering. Onions grown over winter can be a little trickier than onions started in the spring, but if you are successful you could be harvesting onions a couple of months before your spring sown ones. I will be growing this variety, which is a well known variety for overwintering.

Many people also like to grow Christmas potatoes (sorry for mentioning the C word in summer but you have to plan ahead with gardening!). August is a great time to plant Christmas potatoes, but just be sure to either plant them in large tubs so you can bring them undercover once frosts start again, or be prepared with some heavier fleece. I personally have yet to try growing Christmas potatoes and instead just use stored potatoes from summer. Summer planted potatoes are also more susceptible to blight.

Second half of the month

It is also a great time to sow lettuce to grow over winter. Winter lettuce will provide you with some leaves through the winter, with the yield increasing as we near the spring. Make sure you grow winter hardy varieties. In extremely hard frosts, they may need some fleece to protect them.

The variety Marvel of Four Seasons is supposed to be good for overwintering so it will be my first time trying that this year. I will also be sowing Grenoble Red and a variety called Valdor. Valdor is not the best lettuce you will ever try, but it is extremely reliable and cold hardy. All of mine stood firmly, un-fleeced during the -8C frosts we had in February. Meanwhile only one of my Grenoble red survived.

Finally, late August is a good time to sow brassicas for overwintering for early spring harvests. These include spring cabbage and calabrese. Calabrese is a great option if you missed the boat for purple sprouting broccoli, but should be grown undercover. The quick heading calabrese from Real Seeds says it can be grown over winter. For spring cabbage, I often find it quite hit and miss whether they will form large heads, but they are also delicious to grow as spring greens. I grow this variety. If you would prefer spring greens instead of heads of cabbage then you can plant them closer together than you would usually.

Author: Katie
Filed Under: Grow Your Own, Uncategorized
Tags: gardening, Grow your own, kitchen garden, organic gardening, sowing seeds
Preventing, spotting and dealing with tomato and potato blight
What gardeners can do to help the climate crisis